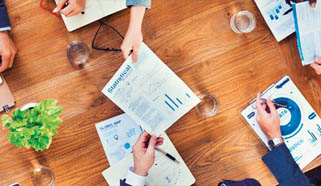 Well-being is one of the main contributions to improve QL. The department of health defines that “Wellbeing is about feeling good and functioning well that includes an individual’s experience of their life; comparison of life circumstances with social norms and values. Therefore, from this definition, well-being is created with some factors, especially individual level. It is still not clear of both physical and mental factors are significant to contribute toward health. Well-being is a significant issue to be healthy in our lives. It is considered that well-being makes our lives flourish. Nevertheless, well-being is a complex concept. People showing better well-being tend to be more productive, have higher income, more stable marriage life and better health and life expectancy. Some developed countries, such as the United States, indicated that happiness cannot be a cause of the economic growth. Therefore, it doubts the importance of well-being.

People showing higher levels of well-being tend to react to demanding conditions. Moreover, the well-being of a society is considered as a benefit for all individuals. It often promotes people to achieve the sufficient stage. Therefore, well- being might encourage people to be “functioning well”. Furthermore, awareness related to economic indicators, such as GDP, are unable to show the condition of an individual observed among policymakers has risen. The policies influence an individual’s lives greatly. In terms of well-being, which is one of QL, economic growth is uncertain to develop individual lives. Well-being is one of the main contributions to improve QL.  Well-being is created with some factors, especially at individual levels. Therefore, well-being indicates whether people are satisfied with their lives can be one way of evaluating how indicators are needed to improve people’s lives and checking whether the satisfaction for the indicators among people has improved after enforcement of policies.

In 2012, at the conference of the United Nation (UN), it was announced that well-being is necessary due to some global challenges that a world often forces. During the conference, it is also mentioned that well-being is one of the fundamental development goals. In the EU, some countries, such as France and the UK, have launched their own programs in order to achieve the improvement of well-being. In the UK, David Cameron, Prime Minister of the UK, declared that UK is the first nation, which identifies that well-being is a core goal and the ONS is committed to measure people’s well-being.